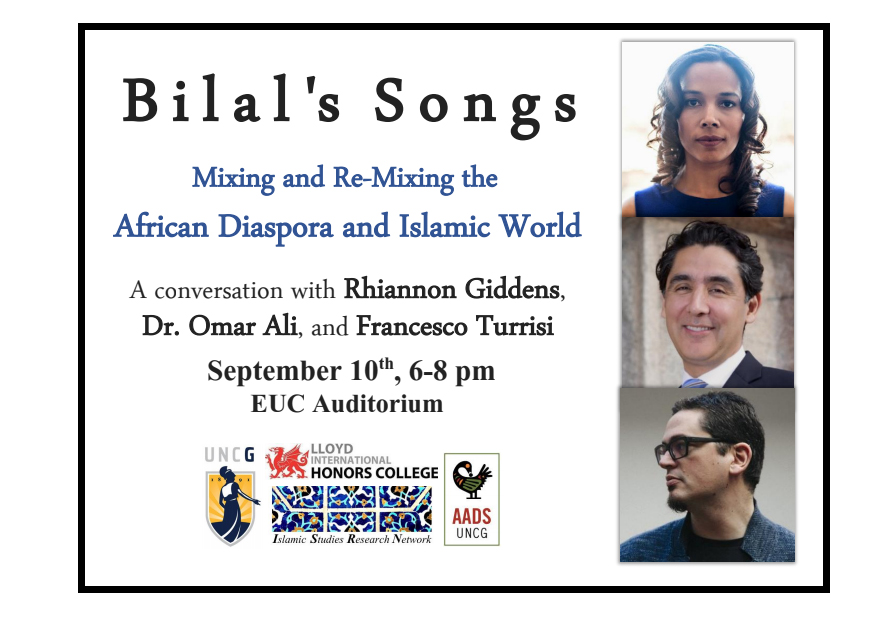 The event comes in the wake of the North Carolina Folk Festival and will further delve into the ways in which African Americans have shaped musical traditions here and are the products of multiple traditions, including Muslim-influenced cultures and people from across the world.

Giddens, a UNCG alumna, is a Grammy winning musician and recipient of the MacArthur Fellowship. Her solo music and her music with the Carolina Chocolate Drops has explored black musical history.

Ali, dean of UNCG’s Lloyd International Honors College and professor of Comparative African Diaspora History, explores the making of the African Diaspora in the Atlantic and Indian Ocean worlds from the early modern period to the present.

Turrisi, a pianist and multi-instrumentalist described as a “musical alchemist” and a “musical polyglot,” will perform with Giddens at the NC Folk Festival.

The three will be exploring the intersection of the global African Diaspora and Islam musically and otherwise. In particular they’ll be looking at the ways in which music has transmitted and transformed the cultures and sensibilities of Africans and people of African descent, among others, in Muslim influenced lands and societies.

The event is co-sponsored by the Lloyd International Honors College, the African American and African Diaspora Studies Program, and the Humanities Network and Consortium

Photographs from the event: 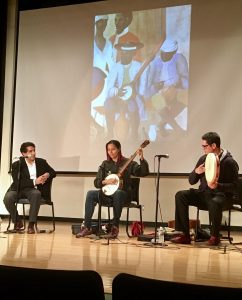 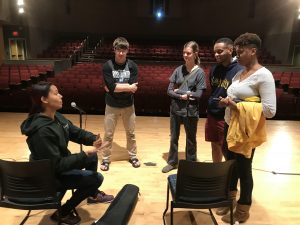 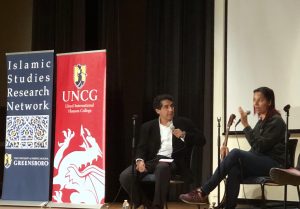