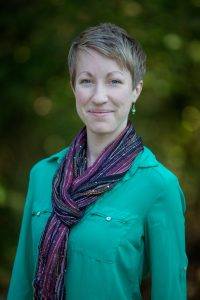 ‘Extremely knowledgeable about the subject with a lot of first-hand experience to tell us about. She makes the subject matter very engaging and interesting.’

I am a scholar of religion and ethnographer of contemporary Hindu traditions with expertise in Bengali Hindu traditions as they are practiced in the geographic regions of West Bengal, India and the Midwestern United States. In both my teaching and my research, I am propelled by a desire to uncover how individuals engage with, adapt and interpret the normative institutions, rituals and ideologies of religious traditions to complicate these very normativities and make their everyday lives more sustainable and even pleasurable. I rely on ethnographic research to do this uncovering. More recently, I have used ethnography to answer the more particular question: How do Hindu women explain and experience the duties and labor that Hindu traditions sacralize as a ‘woman’s duty’ like marriage, motherhood, and domestic rituals? My current book project, tentatively titled The Home Shrine and the Transnational World: Bengali American Hindu Women’s Home Shrine Care, will provide the first focused study of Hindu women’s home shrines and the rituals of care and devotion they perform in the United States. In this book, I show how Bengali American Hindu women interpret and perform the feminine duty of domestic shrine care–and domestic labor more broadly–in a variety of ways. Through their adaptations and interpretations of these normatively feminine duties, women are able to negotiate womanhood, domestic labor divisions, and their Bengali American identities. In addition to my ongoing interests in feminine religious labor and duty in Hindu traditions, I also frequently teach and research about the diverse evaluations Hindu traditions produce of embodiment, sexuality and materiality, and the ways that these evaluations inform Hindu attitudes towards women, sexual minorities and non-gender conforming individuals.