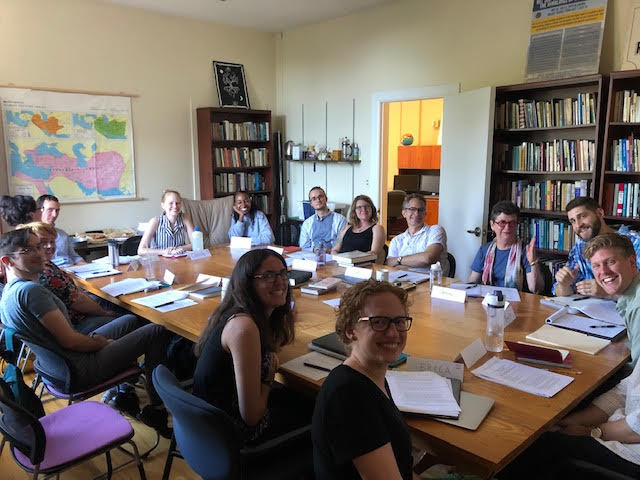 What is Religious Studies?

“Our aim is to help students learn to analyze and to think, write, and speak clearly. If you are interested in exploring what really matters to people, both historically and in the contemporary world, this is the major for you.”

As a major you will study the history of your own and others’ religious traditions, rituals and social practices; the political, cultural, and economic impact of religion; and the varieties of religious ethics. You will also learn to read critically, write persuasively, and speak with force.The Department teaches courses on such traditions as Buddhism, Christianity, Confucianism, Hinduism, Islam, Judaism, Shinto, and Taoism. Historical studies include courses about religions of Africa, Asia, the Middle East, Europe, and America. Theoretical studies include courses on religious philosophy, religious ethics, and theology, as well as political, social, and psychological approaches to religion. Cultural studies include courses that investigate the role religion plays in politics, economics, social movements, and the arts and sciences.

The Department of Religious Studies:

On completion of the major students will:

With regard to the goals of clear analysis, writing, and speaking, department courses focus strongly on the close reading and analysis of texts and the understanding of the social, political, and religious contexts of those texts. Our classes involve substantial written and spoken participation and virtually all upper-division courses are writing intensive. The department also plans to offer a number of speaking intensive courses as well.