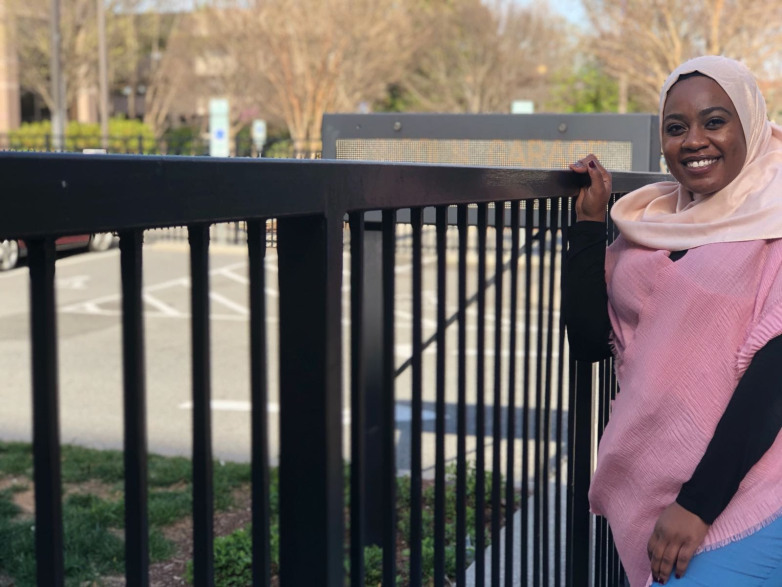 In today’s world,  societies are multi-dimensional and understanding the dynamics of power is critical. The Assemblages Anti-Oppression Works at UNCG focused on providing a new lens for viewing this multi-dimensional world from an understanding perspective. From presentations ranging from citizenship to the LGBTQ+ community to human rights, the workshops covered it all, giving in-depth analyses and open discussions.

One of the workshops featured at the Assemblages was called, “Women Within and Without: Global Gender Politics.” This workshop focused on the treatment of women in many cultures and societies from around the world.

The second speaker of this workshop was Yathrip Abdelgadir. Abdelgadir is a Political Science and Religious Studies double major at UNCG, whose interest lies in how state governments use religion to govern.

Her presentation revolved around the country of Sudan, an African nation that has been embroiled in conflict since its inception. In 2011, Sudan’s southern region, now formally known as South Sudan, became independent after a 22-year civil war that ended in 2005 with a peace agreement, which opened the doors for independence.

Despite achieving such a feat, South Sudan has been in a civil war of its own since 2013 and has just recently surpassed Somalia in the Fragile States Index, making it the country with the highest score. Sudan, on the other hand, has its own conflicts. The war in the Darfur region has produced a significant number of casualties and displaced peoples. On top of that, the president of Sudan has been charged with being a co-perpetrator of genocide and crimes against humanity by the International Criminal Court.

Most of the conflicts that occur are not just ethnically based. Other than being targeted for being of a certain ethnicity or religion, women are subjected to torture, killings and rape as a weapon of war. Women are not just the target in military and armed conflict in Sudan but the targets of discrimination within the law as well. Abdelgadir’s presentation honed in on how the ambiguousness of Sudan’s law and the implementation of ill interpretation leaves women without rights and their humanity undeniably violated.

“One of the things I focused on was the dehumanization of women through rape as a means of control and a war tactic,” she said. Sudan is a country where Sharia law, “Islamic jurisprudence from which different types of laws can be derived,” as Abdelgadir wrote, is practiced.

She explained that, in Islam, adultery and fornication is a sin. Through logical hoops, the judicial practices in Sudan put women in a corner. If a woman is to accuse a man of rape, she is admitting that she was indeed part of a sexual act, criminalizing herself automatically if she cannot prove that it was not consensual. For the man, it is very easy to be acquitted and deny such a charge. “For the woman,” Abdelgadir said, “she would still be in trouble because she admitted to having illicit sex.”

Abdelgadir touched on a specific case of a woman who was sent to prison for “indecent dress.” Another issue she covered was not just the use of rape as a weapon, but more narrowly, on the use of rape on female human rights activists. Rania Mamoun, a women’s rights activist and a writer, was subject to “beatings, insults and rape threats,” Abdelgadir said at the rallies and events Mamoun attended. Safia Ishaq, a youth activist, was arrested and raped, Abdelgadir said, “by three National Security Forces” officials.

After she presented, I sat down with her.

For Abdelgadir, this issue is more than just a presentation and a paper. “There is a personal connection,” she said, “I’m from there; I came here when I was three, but I don’t live the Sudanese life.” Like many immigrants, Abdelgadir has grown up and watched her country from afar. However, Abdelgadir said that she never invested interest in Sudan until she got to college.

Even though she knew her parents were political asylees, her understanding only began to solidify when she took the International Systems class here at UNCG. Since then, she dove head first into the pool of academia, writing papers and researching, all the while, learning about issues that are close to her.

“There is so much that is going on that no one pays attention to, even Sudani people don’t know what is going on,” said Abdelgadir.

To some degree or another, Abdelgadir’s parents would exercise the same sort of silence; “we don’t talk about it,” she said. When she told them that she was writing this paper, she got a sharp answer. “You talk about stuff that is too old for you… it’s the idea that it’s not your problem to deal with and too big of a conflict.” She explained that geography also played a role in her parent’s mindset, having them say to her that she does not live there and does not need to worry about it.

But Abdelgadir does worry about it and wants to do something about it. Being part of these discussions helps raise awareness and give voice to those who cannot speak.

Abdelgadir said she is considering pursuing Human Rights law after graduating from UNCG in the area of peace and conflict.