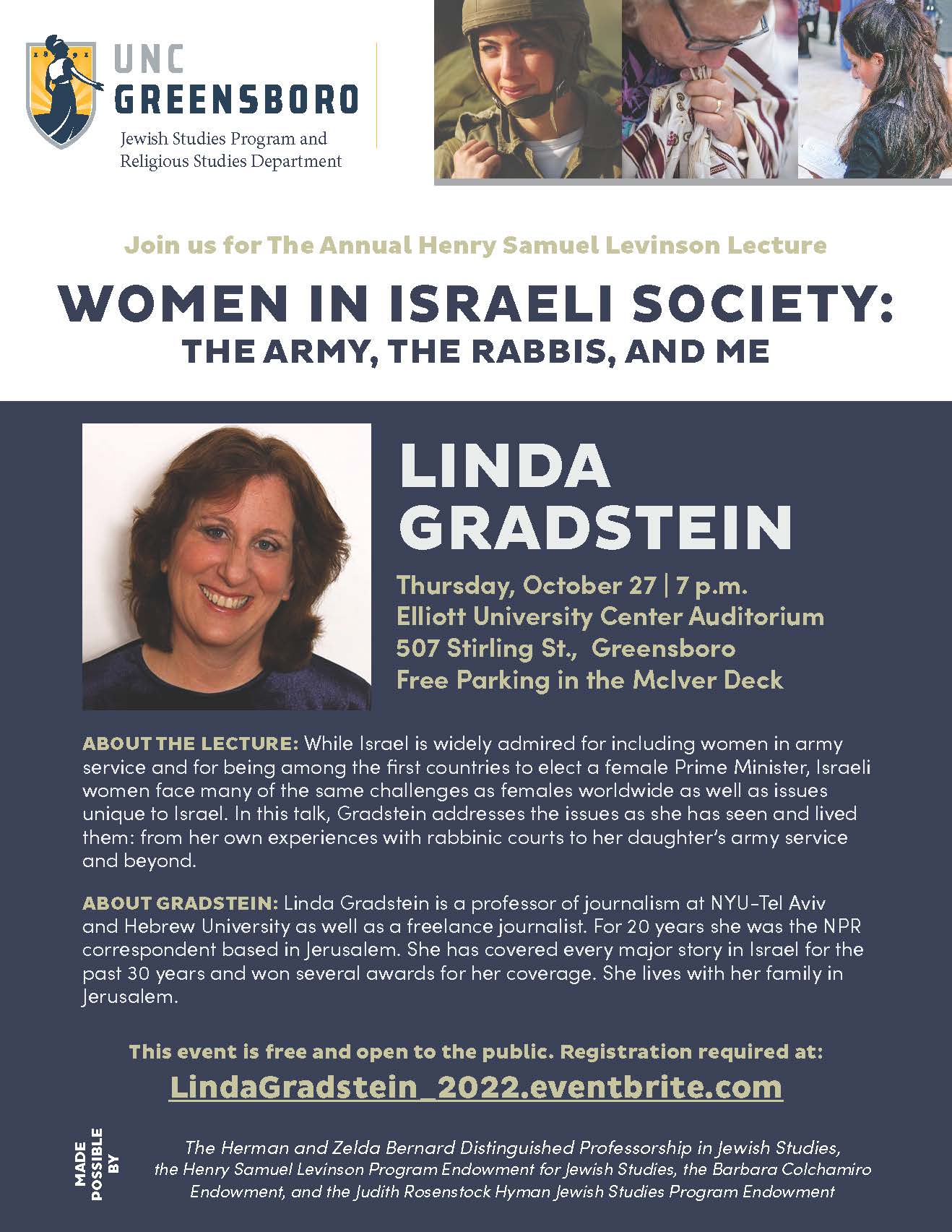 Join us for The Annual Henry Samuel Levinson Lecture

WOMEN IN ISRAELI SOCIETY: THE ARMY, THE RABBIS, AND ME 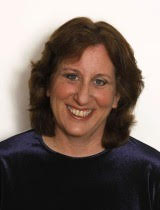 Free Parking in the McIver Deck

ABOUT THE LECTURE: While Israel is widely admired for including women in army  service and for being among the first countries to elect a female Prime Minister, Israeli  women face many of the same challenges as females worldwide as well as issues  unique to Israel. In this talk, Gradstein addresses the issues as she has seen and lived  them: from her own experiences with rabbinic courts to her daughter’s army service and beyond.

ABOUT GRADSTEIN: Linda Gradstein is a professor of journalism at NYU-Tel Aviv  and Hebrew University as well as a freelance journalist. For 20 years she was the NPR  correspondent based in Jerusalem. She has covered every major story in Israel for the  past 30 years and won several awards for her coverage. She lives with her family in  Jerusalem.

This event is free and open to the public. Registration required at: LindaGradstein_2022.eventbrite.com