Canceled – The Legacy of Fatima: Gender, Succession and Inheritance in Medieval Shi‘ism

Canceled – The Legacy of Fatima: Gender, Succession and Inheritance in Medieval Shi‘ism 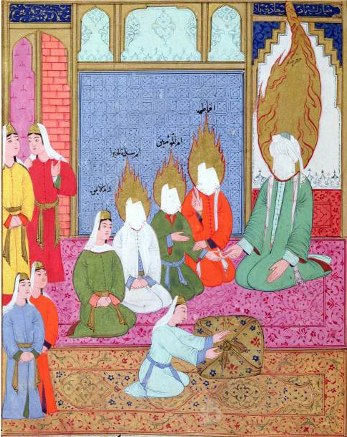 Shy, retiring, and doomed to an early death – Fatima, daughter of the Prophet Muhammad, hardly seems the stuff of feminist icons. Yet her legacy provided an important precedent for tracing lineage through both females and males, a matter of great consequence for the status of women in Islam. In this talk, Alyssa Gabbay examines Shi‘i interpretations of the Qur’an and other scriptural sources that affirm Fatima’s offspring as part of her lineage, not that of her husband, ‘Ali. This affirmation led to more egalitarian inheritance practices in Shi‘ism and even opened the door to female succession, among other consequences.

Alyssa Gabbay is Assistant Professor and Director of Undergraduate Studies in the Department of Religious Studies at the University of North Carolina at Greensboro, where she also co-directs the Islamic Studies Research Network. Her most recent book is Gender and Succession in Medieval and Early Modern Islam: Bilateral Descent and the Legacy of Fatima (London: I.B. Tauris/Bloomsbury, 2020). Gabbay is the recipient of the Candace Bernard and Robert Glickman Dean’s Professorship in the College of Arts and Sciences of UNCG and the Foundation for Iranian Studies’ Best Ph.D. Dissertation on a Topic of Iranian Studies award, among other honors. 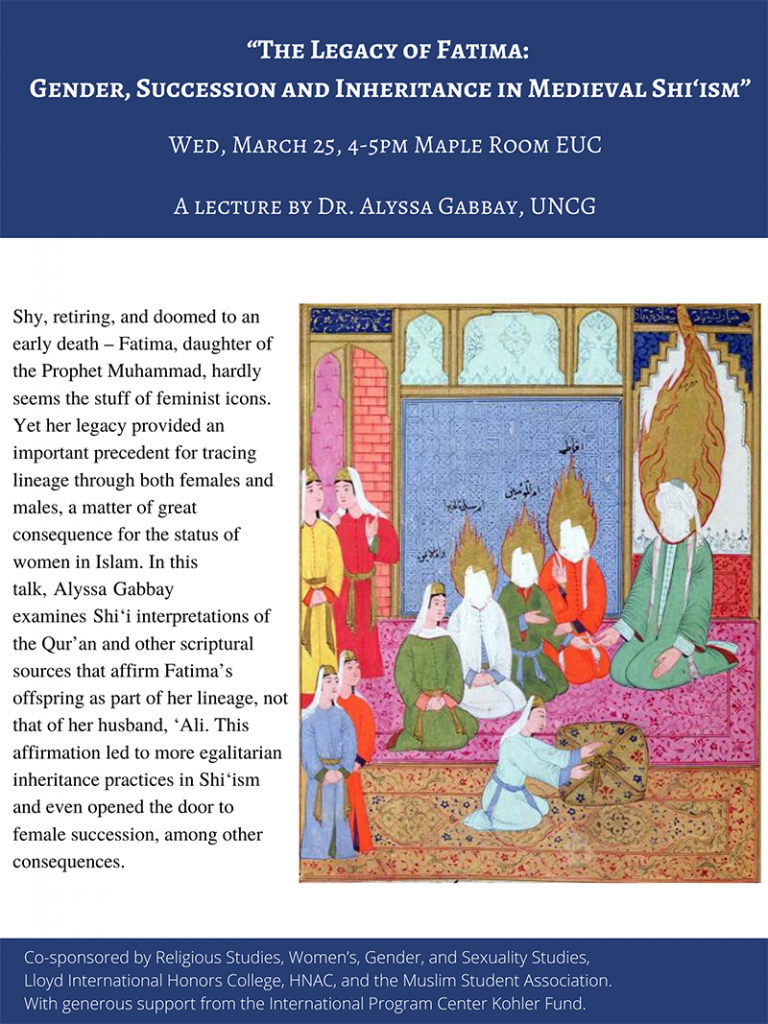