City of Men: A Masculine Topography of Pre-Modern Istanbul

City of Men: A Masculine Topography of Pre-Modern Istanbul 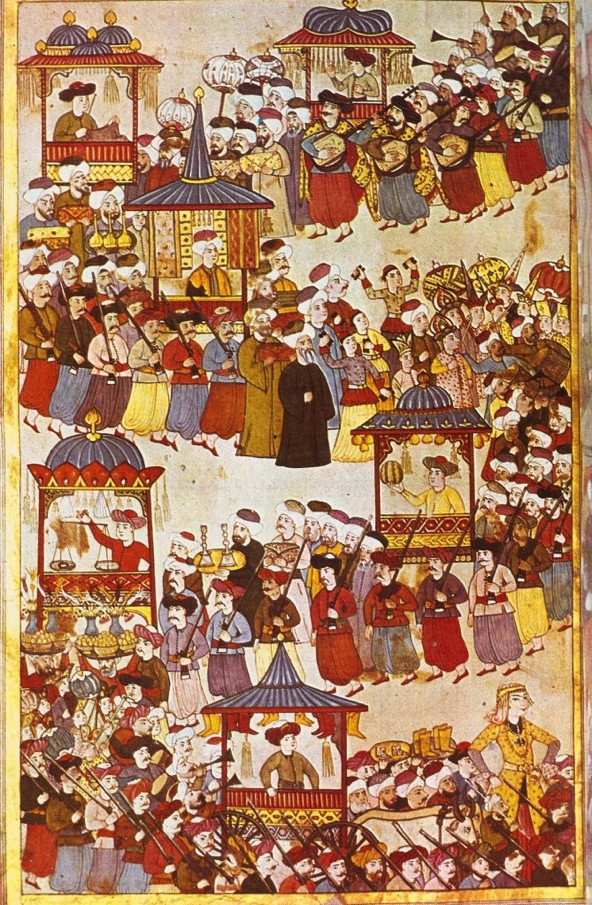 In this presentation, Dr. Kuru explores the development of a masculine topography along the densely populated northern littoral of Istanbul concentrated around the environs of the Topkapi Palace, barracks of the Janissaries, universities, mosques, marketplaces, and coffeehouses. The various forms of masculinity experienced in Istanbul were defined not only by ethnicity, religion and class but also the formation of a vibrant urban center. This talk is an attempt to connect gender and urban space in a manner that is generally missing in current work on pre-modern gender studies, which most of the time neglect spatiality and temporality; and historical studies, which rarely pay attention to gender relations beyond the male/female binary.

Selim Kuru is Chair of the Department of Near Eastern Languages and Civilization at the University of Washington, where he also directs the Turkish and Ottoman Studies program. He is the author of many articles, including “Şehrengiz: Urban Rituals and Deviant Sufi Mysticism in Ottoman İstanbul,” “Producing Desire: Changing Sexual Discourses in the Ottoman Middle East 1500–1900,” and “Sex in the Text: Deli Birader’s Dâfi’ü ‘l-gumûm ve Râfi’ü ‘l-humûm and the Ottoman Literary Canon.”

Professor Kuru’s talk is co-sponsored by the Humanities Network and Consortium (HNAC), the Department of Religious Studies, the Lloyd International Honors College, and the Women’s and Gender Studies Program, with support from the International Program Center Kohler Fund.