My primary interests are in cultural contact and interaction and in the fundamental hybridity of human cultural activity. I explore those interests primarily through research on the appropriation and transformation of late Mahāyāna Buddhism in eighth- through thirteenth- century China. I teach a variety of courses, from introductory Buddhism and Chinese religion to seminars on theories of myth and on semiotics and religious images.

My articles and translations have appeared in History of Religions, Journal of the American Oriental Society, Cahiers d’Extreme-Asie, Journal of the International Buddhist Studies Association, Journal of Chinese Religions, and elsewhere. I am the author of Politics and Transcendent Wisdom: The Scripture for Humane Kings in the Creation of Chinese Buddhism (Pennsylvania State University Press, Hermeneutics Series, 1998). More recently, I was the general editor of Esoteric Buddhism and the Tantras in East Asia (1200 pages, E. J. Brill). 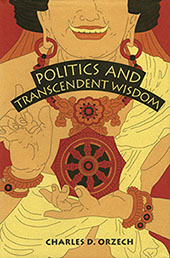 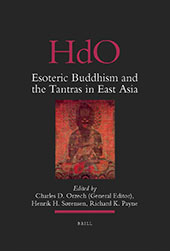 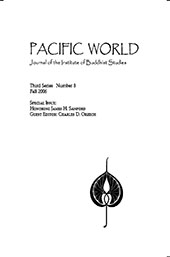 “The Trouble with Tantra in China: Reflections on Method and History.” In Transformations and Transfer of Tantra in Asia and Beyond. Ed. by István Keul. Berlin/New York: Walter de Gruyter, 2011, 285-308.

“A Tang Esoteric Manual for Rebirth in the Pure Land.” In Path of No Path: Contemporary Studies in Pure Land Buddhism Honoring Roger Corless. Ed. By Richard K. Payne. Berkeley: Institute of Buddhist Studies and Numata Center for Buddhist Research and Translation, 2009, 31-55.

“The ‘Great Teaching of Yoga,’ the Chinese Appropriation of the Tantras, and the Question of Esoteric Buddhism.” Journal of Chinese Religions 34 (2006): 29-78.

National Endowment for the Humanities Fellowship, 2005-2006

Winner of American Academy Best First Book in the History of Religion (Politics and Transcendent Wisdom).

“Is there Such a Thing as Esoteric Buddhism? Recent Debates about Tang and Song Mijiao in Western Scholarship.” Renmin University, Beijing, June 4, 2010 and Department of Overseas Sinology, Beijing Waiguo yu University, June 13, 2010.

“The Yoga in China: Narratives of Identity, Syncretism, and Hybridity and the Study of East Asian Buddhism,” Center for Chinese Studies, University of Michigan, Oct. 23, 2009.

“Dimensions of Esoteric Buddhism in the Song,” School of Oriental and African Studies, University of London, London, December, 2008.

“The Trouble with Tantra in China,” Conference on the Transformations and Transfer of Tantra in Asia and Beyond, Berlin, December, 2008.

“What Jōjin Saw: Glimpses of Esoteric Buddhism in the Song Capital circa 1073 C.E.,” for panel on Esoteric Buddhism and the Tantras in East Asia, International Association of Buddhist Studies, Atlanta, June, 2008.