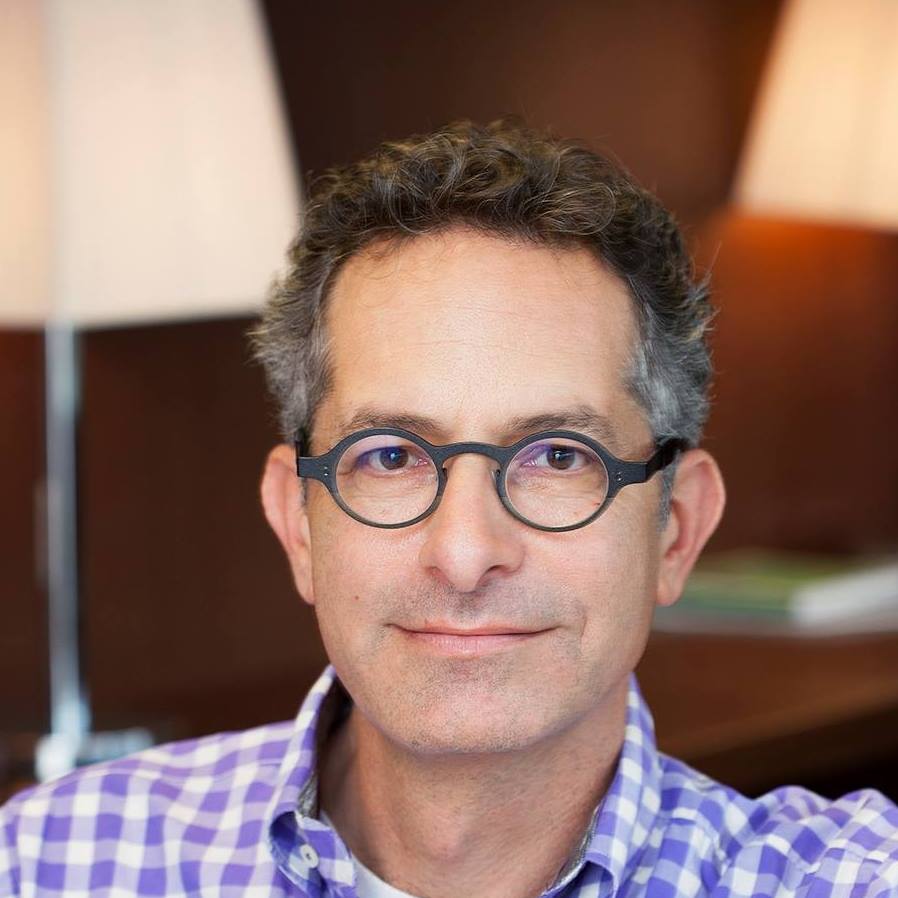 A historian of Christian culture in Late Antiquity and Byzantium, Professor Krueger has written extensively about the practice of Christianity in the pre-modern Eastern Mediterranean. He studies saints’ lives as a literary genre, the history of monasticism, the everyday religion of lay Christians, the reception of the Bible, Christian art and material culture, Christian ritual practices, and Orthodox Christian hymns. He is the author of three books, and the editor of three others. He’s published over forty essays on various topics.

He received his AB from Amherst College in 1985 and his PhD from Princeton University in 1991. He has taught at UNCG since then, and served as Department Head from 2004 to 2010. He’s been cross-appointed in Women’s and Gender Studies since 2009.

He is working concurrently on two projects. The first explores how the culture of monasticism in Byzantium produced ideas about masculinity, gender, sexuality, and friendship. The second explores the history of Byzantine Christian hymns, composers, and singers. 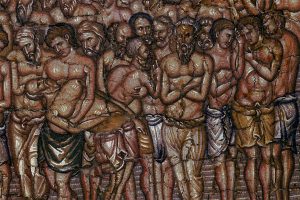 Writing and Holiness: The Practice of Authorship in the Early Christian East (Philadelphia: University of Pennsylvania Press, 2004; paperback 2011).

Liturgical Subjects: Christian Ritual, Biblical Narrative, and the Formation of the Self in Byzantium(Philadelphia: University of Pennsylvania Press, October 2014; paperback 2018). 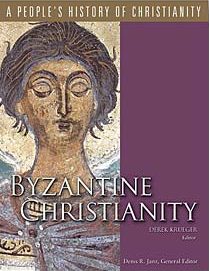 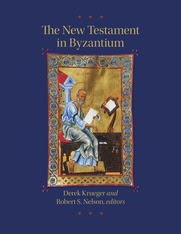 “Mary and Adam on the Threshold of Lent: Counterpoint and Intercession in a Kanon for Cheesefare Sunday.” In The Reception of the Virgin in Byzantium: Marian Narratives in Texts and Images, edited by Thomas Arentzen and Mary B. Cunningham. Cambridge: Cambridge University Press, 2019, 180-91.

“Beyond Eden: Placing Adam, Eve, and Humanity in Byzantine Hymns.” In Placing Ancient Texts: The Rhetorical and Ritual Use of Space, edited by Mika Ahuvia and Alex Kocar. Tübingen: Mohr Siebeck, 2018, 167-78.

“From Comedy to Martyrdom: The Shifting Theology of the Byzantine Holy Fool from Symeon of Emesa to Andrew.” In Holy Fools and Divine Madmen: Sacred Insanity Through Ages and Cultures, edited by Albrecht Berger and Sergey Ivanov. Münchner Arbeiten zur Byzantinistik. Munich: Institute of Byzantine Studies, 2018, 31-49.

“Healing and Salvation in Byzantium.” In Life Is Short, Art Long: The Art of Healing in Byzantium: New Perspectives, edited by Brigitte Pitarakis and Gülru Tanman. Istanbul: Istanbul Research Institute and the Pera Museum, 2017, 1-14.

“The Hagiographers’ Bible: Intertextuality and Scriptural Culture in the Late Sixth and the First Half of the Seventh Century.” In The New Testament in Byzantium, edited by Derek Krueger and Robert Nelson. Washington, DC: Dumbarton Oaks Press, 2017, 177-89.

“The Transmission of Liturgical Joy in Byzantine Hymns for Easter.” In Prayer and Worship in Eastern Christianities, 5th to 11th Centuries, edited by Brouria Bitton-Ashkelony and Derek Krueger. London: Routledge, 2017, 132-50.

“Romanos in Manuscript: Some Observations on the Patmos Kontakarion.” Co-authored with Thomas Arentzen. In Proceedings of the 23rd International Congress of Byzantine Studies, Belgrade, 22 – 27 August 2016: Round Tables, edited by Bojana Krsmanović, Ljubomir Milanović, and Bojana Pavlović. Belgrade: Serbian National Committee of the AIEB, 2016, 648-54.

“Scripture and Liturgy in the Life of Mary of Egypt.” In Education and Religion in Late Antiquity: Reflections, Social Contexts and Genres, edited by Peter Gemeinhardt, Lieve van Hoof, and Peter van Nuffelen. London: Routledge, 2016, 131-41.

“Liturgical Time and Holy Land Reliquaries in Early Byzantium.” In Saints and Sacred Matter: The Cult of Relics in Byzantium and Beyond, edited by Cynthia Hahn and Holger A. Klein. Washington: Dumbarton Oaks, 2015, 111-31.

“Authorial Voice and Self-Presentation in a 9th-Century Hymn on the Prodigal Son.” In The Author in Middle Byzantine Literature: Modes, Functions, and Identities, edited by Aglae Pizzone. Byzantinisches Archiv. Berlin: DeGruyter, 2014, 105-18.

“The Great Kanon of Andrew of Crete, the Penitential Bible, and the Liturgical Formation of the Self in the Byzantine Dark Age.” In Between Personal and Institutional Religion: Self, Doctrine, and Practice in Late Antique Eastern Christianity, edited by Brouria Bitton-Ashkelony and Lorenzo Perrone. Cultural Encounters in Late Antiquity and the Middle Ages 15. Turnhout: Brepols, 2013, 57-95.

“Mary at the Threshold: The Mother of God as Guardian in Seventh-Century Palestinian Miracle Accounts.” In The Cult of the Mother of God in Byzantium.  Edited by Leslie Brubaker and Mary Cunningham.  Farnham: Ashgate, 2011, 31-38.

“Between Monks: Tales of Monastic Companionship in Early Byzantium,” Journal of the History of Sexuality 20 (2011): 28-61.

“Early Byzantine Historiography and Hagiography as Different Modes of Christian Practice.” In Writing “True Stories”: Historians and Hagiographers in the Late Antique and Mediaeval Near East, edited by Arietta Papaconstantinou, with Muriel Debié and Hugh Kennedy, Cultural Encounters in Late Antiquity and the Middle Ages 9. Turnhout: Brepols, 2010, 13-20.

“Healing and the Scope of Religion in Byzantium: A Response to Miller and Crislip.” In Healing in Byzantium. Edited by John Chirban with an introduction by Jaroslav Pelikan. Brookline, Mass.: Holy Cross Orthodox Press, 2010, 119-130.

“Romanos the Melodist and the Christian Self in Early Byzantium,” Proceedings of the 21st International Congress of Byzantine Studies, London, 2006,  vol. I, Plenary Papers. Edited by Elizabeth Jeffreys. Aldershot: Ashgate, 2006, 247-266.

“Homoerotic Spectacle and the Monastic Body in Symeon the New Theologian,” in Toward a Theology of Eros: Transfiguring Passion at the Limits of Discipline, edited by Virginia Burrus and Catherine Keller (New York: Fordham University Press, 2006), 99-118

Monastic Desires: The Role of Eros in Byzantine Ascetic Literature